With the advancement in next-generation molecular technology in generating the high-throughput “omics” data, life science has come to the era of “big data”. To extract biological knowledge from the data and translate it into benefits for society (e.g. better medicine and healthcare), novel and advanced computational tools are needed for data analysis. The current trends are to leverage AI and application of cognitive computing that combines domain knowledge with machine learning.

The call for paper targets contribution in the field of computational approaches designed to face the challenges aroused by biological systems. It aims at giving an overview of the cutting-edge methods and tools to address biological systems. CSBio 2021 would like to invite researchers and industrial counterparts to meet at this event to exchange ideas and stimulate research collaborations.

Topics of interest include, but are not limited to:

Submitted papers should describe original work that does not overlap with papers that have been published or that are simultaneously submitted to a journal, conference, or workshop with refereed proceedings.

Papers should be written in English, formatted according to the ACM SIG style (sigconf template). Full papers needs to be at least 5 pages and should not exceed 10 pages and must be submitted via EasyChair system. Short papers of up to 4 pages may be considered as well as extended abstracts of up to 2 pages.

Papers must be submitted electronically as PDF files via EasyChair at
https://easychair.org/conferences/?conf=csbio2021

More information about the formatting of the paper can be found at
http://www.acm.org/publications/article-templates/proceedings-template.html/

Papers must be submitted electronically as PDF files via EasyChair. The limit for submissions is 10 pages. References and appendices will not be counted in the page limit during the initial submission process.

The CSBio 2021 proceedings will be published in electronic form by ACM ICPS, which is indexed by Scopus, ISI Web of Science, EI Compendex, and other major databases, and will be available at the ACM Digital Library.

Selected paper will be proposed for further extension and published in the Journal of Bioinformatics and Computational Biology, indexed by ISI, Scopus indexed. 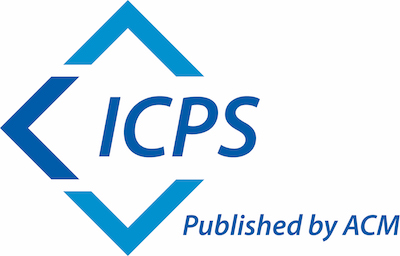 Professor David Ussery was born and raised in Springdale, Arkansas. He has been working with bioinformatic analysis of bacterial genomes since the first sequence was published in 1995, and published one of the first text books in the field of Comparative Genomics. His team has published more than 200 papers, which have been cited more than 15,000 times, including three papers with more than a thousand citations. He has been a co-applicant on grants funded totaling more than $30 million, since 2010. His popular course on Comparative Genomics, taught at The Technical University of Denmark from 1997 - 2015, is now taught in the spring semesters at UAMS; one-week workshops based on this course have been held in North and South America, Europe, Asia, and Africa. Prof. Ussery has collaborative projects with groups in Belgium, Denmark, France, Germany, The Netherlands, Norway, Spain, Sweden, and the UK, as well as in the U.S.

Prior to joining UAMS, Dr. Ussery was the Comparative Genomics Group lead at Oak Ridge National Labs, in Oak Ridge, Tennessee (2013-2016). He led the Comparative Microbial Genomics group at The Technical University of Denmark from 1997 – 2013, where he has successfully supervised more than 20 Ph.D. students in bioinformatics.

Prof. Ussery received a doctorate in Molecular Biology in1993 from The University of Cincinnati College of Medicine and did a post-doctoral fellowship at Oxford University (1992-1996). He earned his master’s degree in biophysical chemistry at the University of New Mexico in Albuquerque. He earned a bachelor’s degree in chemistry from William Jewell College (Liberty, Missouri) in 1982, and graduated from Springdale High School (Springdale, Arkansas) in 1978. More information is on the way